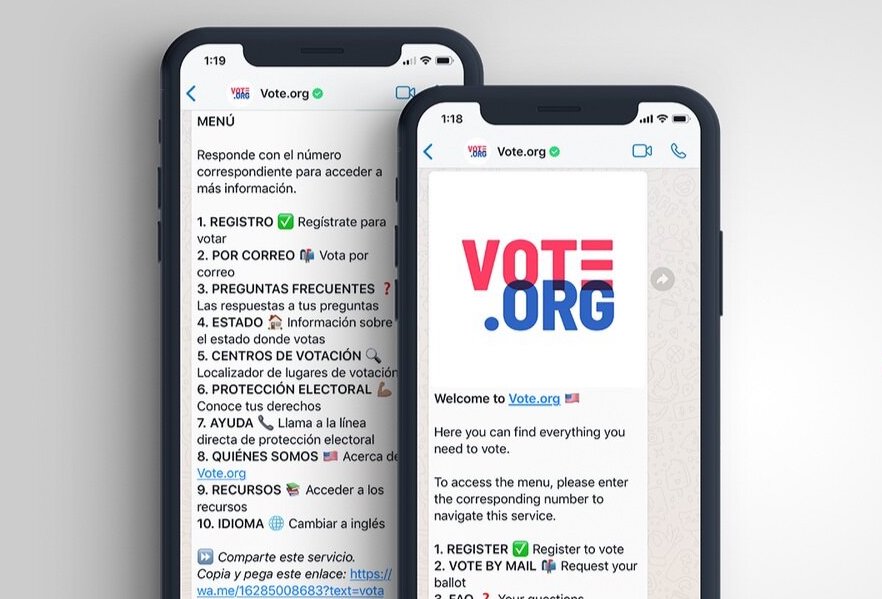 A partnership between Vote.org, WhatsApp and Turn.io helped reach millions of voters during the 2020 USA elections.

Vote.org was looking for a solution to reach the over 100 million eligible voters who did not turn out in the 2016 US presidential election - in a year when a global pandemic brought unprecedented challenges to voters. Organisations like Vote.org had to adapt and innovate to serve hard-to-reach voters with critical election information.

The partnership with WhatsApp and Turn.io resulted in the launch of the first-of-its-kind bilingual voter resource bot, which provided Vote.org tools and resources, and answered voter questions on a state-by-state basis, in both English and Spanish. This was especially important as the 2020 general election marked a record 32 million Latinx individuals eligible to vote, up from 27.3 million in 2016.