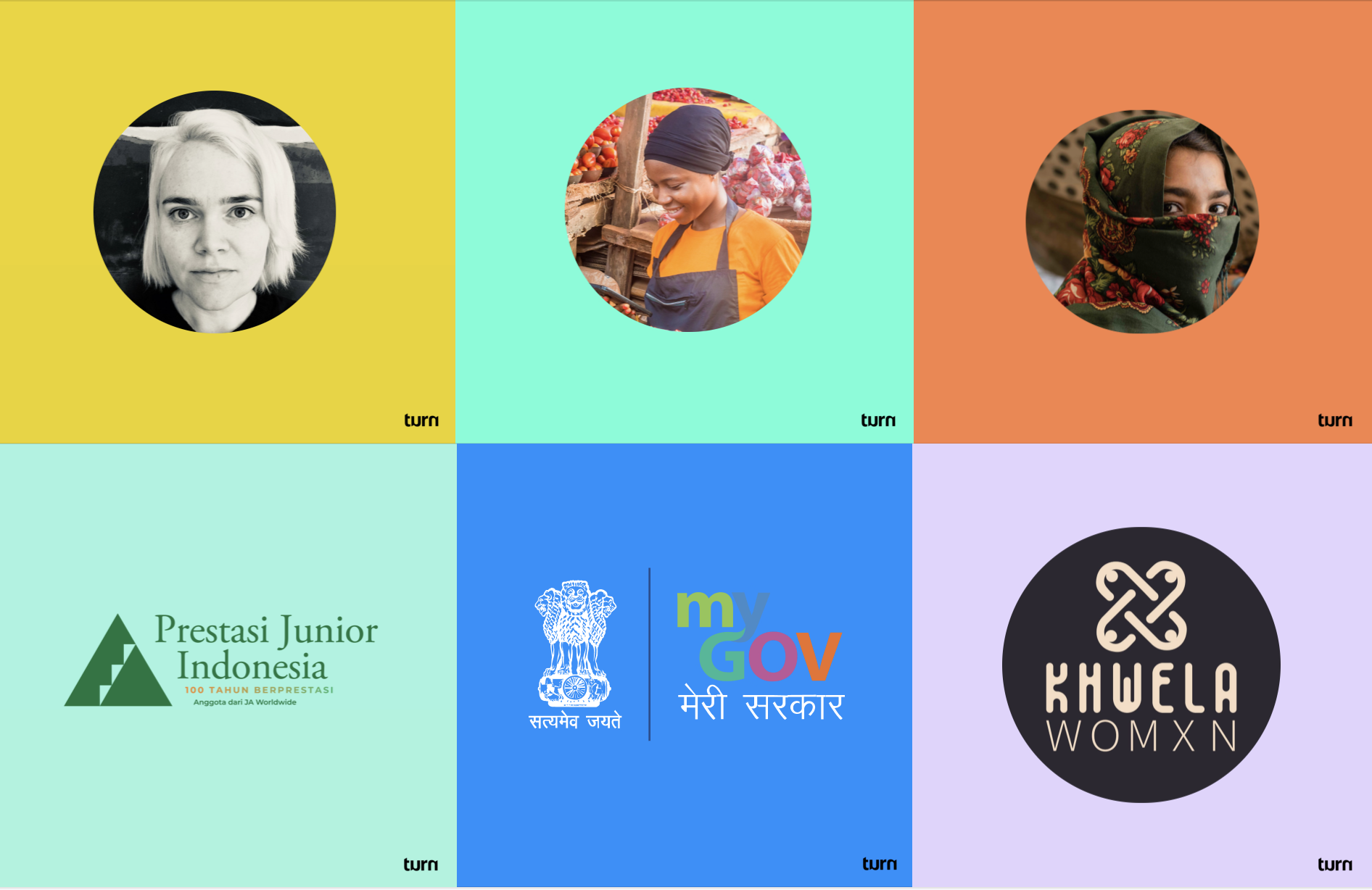 Six social impact organisations were honoured at Turn.io’s final Town Hall of 2021 which included the annual Chat for Impact Awards.

The Town Hall was attended by members of the Chat for Impact community which has grown significantly during 2021, across the health, education, civic engagement, climate & sustainability as well as humanitarian impact sectors.

The Community Award was awarded to Isabelle Amazon-Brown, a Design and Communications Consultant who published a trio of Safer Chatbots Playbooks that provide simple, safety first templates to ensure users are as safe as possible.

India’s MyGov service was named winner of the Scale Award. Developed by Turn.io in partnership with Haptik.ai, the world's largest WhatsApp Chatbot implemented a
suite of vaccination related services on COVID-19-related questions for the Indian population. By November, 12.7 M users had downloaded Certificates while 1.9 M users had made vaccine appointments.

The Growth Award was won by Prestasi Junior – Indonesia, an organisation that strives to help young people by  fostering self-belief and a sense of  purpose necessary to improve their well-being. Within two weeks of the official  launch (October 25th, 2021) more than 11 000 users (consisting of  both students and teachers) had registered and accessed the  learning content, including those from Papua, the remote easternmost region of Indonesia.

With a service that was launched in an incredible four days, Care International was the Fastest Launch Award winner. Partnering with WhatsApp,  in August the international humanitarian organisation set  up a vital support line for its team on the ground in Afghanistan that enabled it to engage with 66% of its  employees in Afghanistan within the  first week of launch.

The Technical Achievement Award went to Maria Dyshel, Co-Founder & CEO at Tangible AI which has implemented Natural Language Understanding to uncover insights from user's unrecognised messages, and so improve the "Nurse Nisa" chatbot that addresses FAQ about contraception and abortion.

Finally, the Impact Award was won by Khwela Womxn, an organisation that believes in the power of women to change communities by facilitating experiential learning through womxn’s circles, access to mentors and leveraging technology. To date, Khwela Womxn has provided bursaries, internships and a platform for upskilling to more than 200 women.